* The film is roughly 2 hours and 30 minutes.
* The music used in the screening will not be in the final cut. (No surprise there)
* Bill Nighy is great as Minister for Magic Rufus Scrimgeour; the film opens with him addressing the media.
* Hermione uses a memory charm on her parents at the beginning of the film. The big building we see her walking towards in the trailer is just a church in her neighborhood.
* Watching Snape and Voldemort together is amazing on screen. You see them just before Charity Burbage is killed.
* Lucius Malfoy’s character is paid attention to; what’s going on with his family is very well-established leading into Part 2.
* George loses an ear during the Seven Potters chase scene and the screenwriter kept the „holey“ joke between him and Fred in the film.
* The Death Eater who stops the Hogwarts Express in the trailer is looking for Harry Potter. He meets resistance from Neville and other students that are aboard.
* The Hogwarts grounds do not appear in the film until Voldemort opens Dumbledore’s tomb.
* The Last Will and Testament of Albus Dumbledore has a much faster payoff than in the book.
* Harry is not disguised as a Weasley cousin at the wedding.
* Aunt Muriel makes Harry feel terrible because of what he doesn’t know about Dumbledore.
* Viktor Krum and Madam Maxime make appearances at Bill and Fleur’s wedding.
* The scene where Kingsley’s patronus arrives at the wedding to announce the Ministry has fallen is chilling.
* Harry has Sirius’ mirror. How did he get it?
* Similar to the book there is a ghostly version of Dumbledore guarding Grimmauld Place.
* Kreacher clearly obeys Harry in this film, but there is no flashback showing Regulus and Kreacher obtaining the locket.
* The casting of Mundungus Fletcher was well done and his usage is appropriate.
* A young Dumbledore and Grindelwald appear together in a photo. Harry is forced to investigate this throughout the course of the film as he recognizes Grindelwald’s face from somewhere.
* They did not cast Dumbledore’s family for Part I.
* The locations for the camp scenes while the Trio are on the run are very beautiful and scenic, making them not as dull as would be expected.
* Harry and Hermione shippers will get their day during the locket Horcrux scene.
* The Godric’s Hollow scene where Harry visits his parents grave with Hermione is very moving. Hermione conjures a wreath for the Potters’ grave.
* The Tale of the Three Brothers is a fictional story within a fictional story in the books. So when dealing with the movie they could have casted it with real characters. Instead they did a very cool animated sequence as Hermione tells the story.
* Xenophilius Lovegood is very well cast and says „Voldemort“ to alert the Snatchers to the Trio’s location.
* Hermione’s torture really brings out a side of Bellatrix, an aspect of her character that we haven’t seen before. What drives her to torture Hermione is both interesting and exciting on film. When Hermione awakens from being tortured she notices the word „mudblood“ carved into her arm.
* Peter Pettigrew doesn’t die; he is stunned by Dobby during the big escape from Malfoy Manor. Luna, Ollivander and Griphook are all captive in the manor with Harry and Ron.
* Dobby’s death is very emotional.
* The film ends with Voldemort opening Dumbledore’s tomb and stealing the Elder Wand. We see the scene from the trailer of him shooting magic high into the air and the screen goes black. 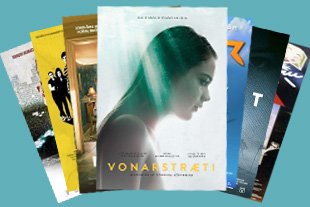